Food waste in the wholesale distribution in Barcelona: the case of Mercabarna 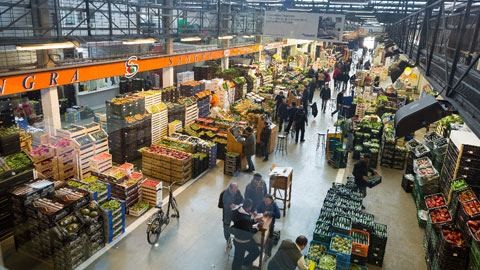 According to FAO data, a third of the food destined for human consumption is wasted.In 2015, Mercabarna -the main food logistics operator in southern Europe- intends to take a further step to reduce the waste generated in its facilities and develop the first European-level project to quantify food waste in the wholesale distribution sector.

Spora Sinergies and the UAB quantified and typified the waste generated, its causes, the level of knowledge of the problem by workers and managers of the companies operating in the market as well as their willingness to collaborate on projects and actions to reduce it. One of the conclusions of the study is that Mercabarna wasted 0.5% of its food, that is, 9 million kilos of food.
This and other results of the diagnosis and the associated proposals served to elaborate the ‘Strategic plan of food use’ in Mercabarna and the signature of the ‘Manifesto for the reduction of food waste’, signed by Mercabarna, the association of concessionary companies (Assocome) and the wholesale fruit and vegetable (AGEM) and fish guilds (GMP).

In 2017, several concrete actions of this plan were launched, such as the implementation of a door-to-door organic waste collection system in the Central Fruit and Vegetable Market and the introduction of food waste as the main theme in its campaigns of infant education.