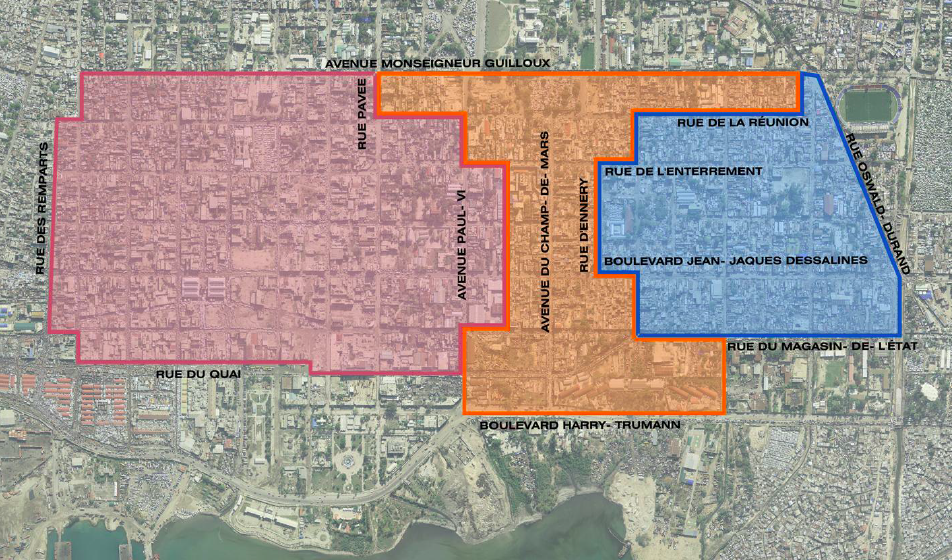 The old town of Port au Prince (Haiti) is one of those areas of the city that were most affected by the earthquake of 12 January 2010. Beyond the number of victims and buildings collapsed, the heart of the nation has been seriously weakened, which weakens the government, the business community and the people who inhabit the neighbourhood themselves.

Motivated by the desire to preserve this area of national interest for rehabilitation, the mayor of Port au Prince, in agreement with the government of Haiti (UCLBP and MTPTC) issued a regulation that provides a basic guide to help rebuild the neighbourhoods of the city, of which Morne-à-Tuf is the centre. The planning rules for the area of Morne-à-Tuf induces a transformation blocks, encourages the intensification of height and space occupation of security concerns and a decent life in the heart of the capital.

It is in this context that the Government of Haiti, through the CIAT (Comite Interministériel d’Aménagement du Territoire) and funded by the AECID (Spanish Agency for International Cooperation and Development), get in touch with WE-SPORA for the project. This project focuses on the neighbourhood of Morne-à-Tuf, the first residential area to be built in Port au Prince, home to a population of lower middle class. The CIAT has developed an Urban Regulation of the Old Town, which provides the legal basis on which it is intended to perform the urban operations .