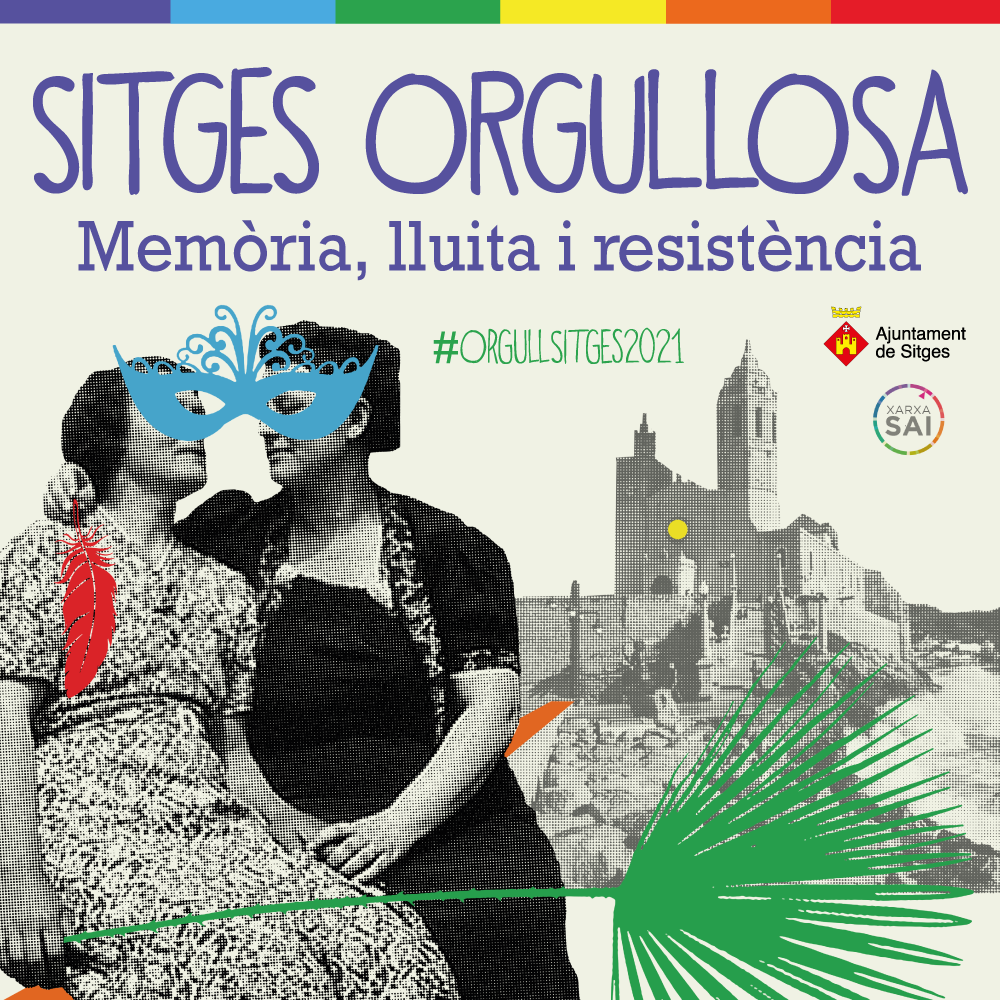 The Local Plans for sexual and gender diversity represent a main tool to promote actions to boost the visibility, the defense of LGTBIQ+ rights and the sustained fight against discrimination for gender identity, gender expression or sexual orientation. It is an instrument that allows the systematization and strategic planning of municipal action, constituting the reference framework and the roadmap of the actions carried out by the city councils in matters of sexual and gender diversity.

Sitges City Council begins the development of policies for sexual and gender diversity in 2016, linked to compliance with Law 11/2014, with the launch of a pioneering service in Catalonia of advice for LGTBIQ+ people called Punt d’Atenció LGTBI. Later, in 2019, the service was formalized with the creation of the Servei d’Atenció Integral (SAI), joining the Xarxa de Serveis d’Atenció Integral LGTBI de Catalunya, promoted by the Department of Work, Social Affairs and Family, through the Directorate General for Equality, in coordination with the local entities of Catalonia. The I Sitges City Council LGTBI Plan has the challenge of acting as a roadmap for the articulation and deployment of this line of local policies.

The I Sitges City Council LGTBI Plan has been drawn up in two consecutive work phases: the diagnosis phase and the action plan development phase.

Both phases are structured in seven strategic axes:

In the diagnosis phase, the problems and needs in relation to these local policies have been detected and the main situations of discrimination and LGTBIphobia that occur in the municipality have been identified, based on the review of documentary sources, online questionnaires, interviews with the council staff and discussion groups with LGTBIQ+ organizations and people from Sitges.

The action plan has been drawn up based on participatory methodologies. Through different work sessions with the council staff, the actions that make up the plan have been proposed, validated and prioritized. For the design of these actions, the proposals made by LGTBIQ+ organizations and citizens during the diagnosis phase have been considered. In addition, the Plan has a monitoring and evaluation system.

This Plan allows the strategic planning of municipal actions in matters of sexual and gender diversity and contemplates the actions that will be carried out in the coming years, by the Sitges City Council, to promote the visibility of LGTBIQ+ people, the defense of rights and the fight against discrimination based on gender identity, gender expression or sexual orientation.