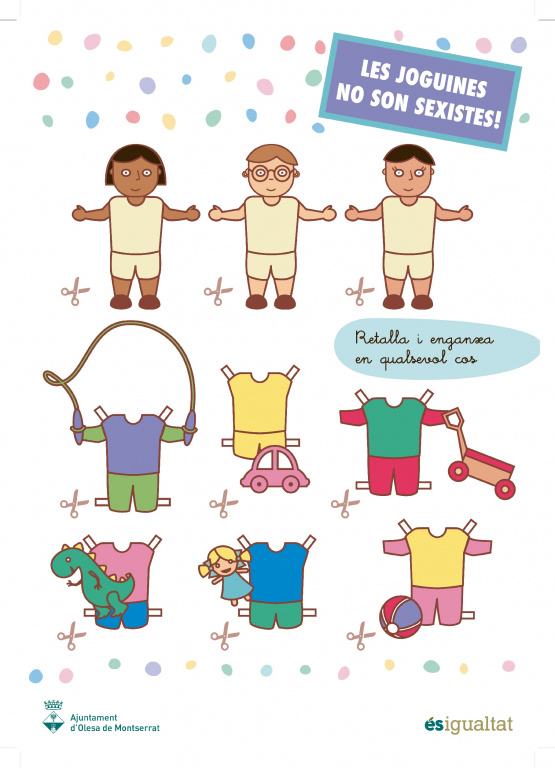 Although the progress achieved in recent times in relation to women’s rights is undeniable, there is still a long way to go in this regard. And it is that, unfortunately, situations of inequality derived from the patriarchal system are still very present everywhere. For this reason, it is necessary to develop measures that guarantee equality, that take care to visualize the diversity present in our society and that fight against discrimination and sexist violence that can manifest itself in all spheres of people’s lives.

Since 2005, the Olesa de Montserrat City Council has promoted actions in favor of gender equality, through awareness-raising actions and with the launch of a legal advice service for women. Three years later, in 2008, a diagnosis of the situation of gender equality in the municipality was carried out to prepare the first Gender Equality Plan (2009-2012). Once the validity of this Plan is over, the challenge of carrying out the evaluation and preparing a new Plan that gives continuity and consolidates the equality policies developed in the municipality arises.

The II Plan for Gender Equality of Olesa de Montserrat has been drawn up in three consecutive phases of work: evaluation of the previous Plan, diagnosis, and preparation of the action plan. The action plan has been structured into six strategic axes:

This Plan must respond to the strategic planning of municipal actions in the area of ​​gender equality. It has been designed with the purpose of extending the gender perspective to all municipal bodies and areas and seeking co-responsibility of political and social agents in the fight for women’s rights and the eradication of sexist discrimination and violence.