Haiti: “16 neighborhoods / 6 camps”: for the rehabilitation of Port-au-Prince (Haiti) 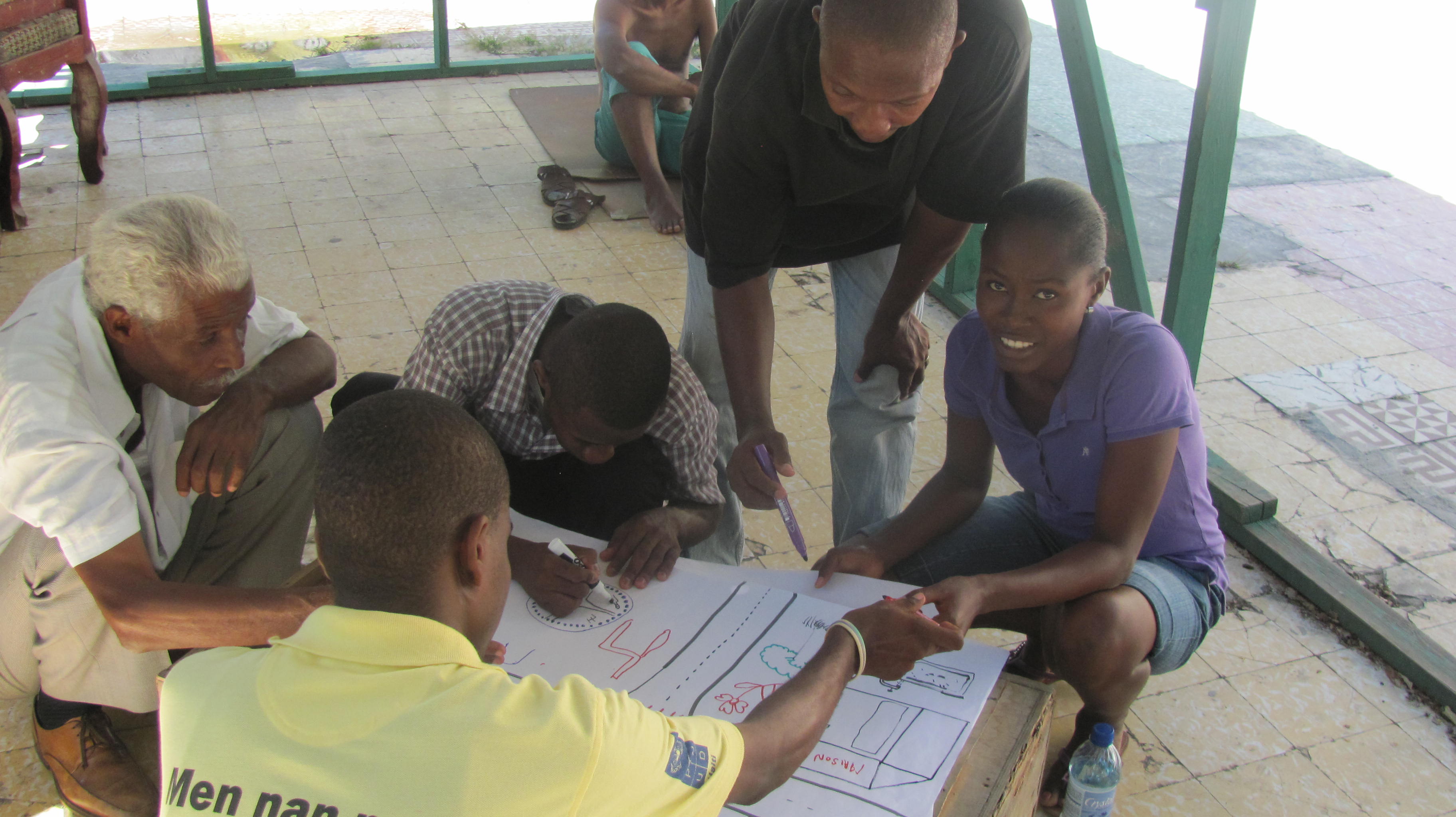 The earthquake of 12 January 2010 had a devastating impact on Haiti, and especially on its capital, Port-au-Prince: 300,000 buildings were completely destroyed or disabled and 1.5 million people were homeless, resettled in over 1,555 camps. Nearly two years after the disaster, on November 2011, 520,000 people were still displaced, divided into 758 camps in Port-au-Prince.

In this respect, the rehabilitation of the 19 neighborhoods is based on improving access to basic services (such as water and electricity), and access to social services (such as education and health), strengthening income-generating activities to stimulate the local economy and provide support for the repair and reconstruction of homes devastated by the earthquake. This project is based on the principle of community participation, favoring the emergence of local governance structures through the establishment of community platforms.

In the context of this pilot project, Spora makes the baseline study. It is a diagnosis of “status 0″ on this neighborhoods, the living conditions of its inhabitants at the time of initiating the intervention. For this reason, we have worked closely with neighborhood residents and with the community platform members, representatives of social groups, to understand and incorporate their needs and desires within the project.

The project was carried out with a Colombian firm, Grimorum , and a Haitian firm, Raf, to combine different expertise in the field of development intervention and social research in the Haitian context.

More information about the “16/6″ project: